A Bibliophile I am Not

I have never professed nor aspired to be a bibliophile. That’s the husband’s avocation, as our library will attest to.  Except for a period of time where my only reading materials outside of school was Reader’s Digest Condensed Books and with a few notable exceptions, I have always been a modern fiction reader.  I blame it on school’s incessant need to dissect and eke a learning experience out of anything.  I loved all the reading assignments, but what I hated was dissecting it afterward.  What was the ‘theme’?  Who gives a rip?

Suffice it to say, I have since always preferred modern fiction–particularly suspense, thrillers, some horror, science fiction, and fantasy.  Okay, and maybe the occasional mystery.  In the last few years, I have also become intrigued with urban fantasy–love reading them; don’t want to write one.

So what types of books do I want to write?

Before I answer that, let me tell you about two book series I like: 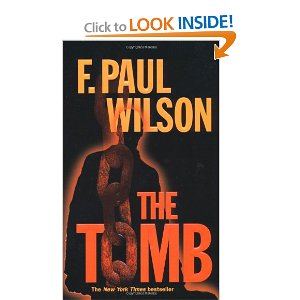 The Tomb is the first in a series of books about a man named Repairman Jack.  Jack has lived his entire life off-the-grid–no taxes, no regular job, etc.–for reasons initially unknown  He’s tough, unflappable, and resourceful, which comes in handy because he makes his living fixing situations for people.  Weirdness always ensues.

In each book, we learn a little more about Jack and his relationships.  We also start to get bits of information that leads us to believe there is an even larger story going on, but we only get snippets of it at a time.  Trying to figure out the mystery, to see what Jack will be faced with next on both a personal and professional level, is what keeps me coming back to the books. 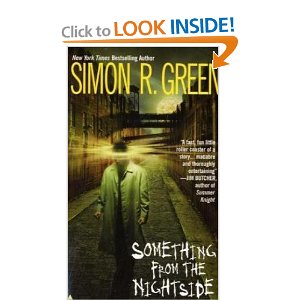 Tales from the Nightside takes place in a hidden pocket (slip of reality?) of London where it is always night.  Terrible and wonderful things happen there, but one thing is constant–the Nightside is a dangerous place.

John Taylor is the hero in this one.  He’s kind of a private detective, but his specialty is finding lost things.  He was born in the Nightside, but he escaped.  He wants to live his life in the real world, but he keeps getting drawn back to a place where people and creatures both fear him and want him dead.  As horrible as it might be, it still feels like home.

In each book, you learn a little more about John Taylor and the overarching story.  I like the juxtaposition of the noir detective sensibility with the weirdness factor of the Nightside.

So, what kind of books do I plan to write? I like the idea of a series.  The book I’m working on has a big enough overarching storyline to last over several books, and the characters and their relationships are definitely flawed.  Like the two series above, there’s an element of weirdness that unfolds as we peel back the onion of each book.